Checking ‘Check Your Privilege’ for Veganism

Checking ‘Check Your Privilege’ for Veganism:

Written in January 2020. Posted July 16, 2020. Feel free to repost this, if you know of audiences who would benefit from it. 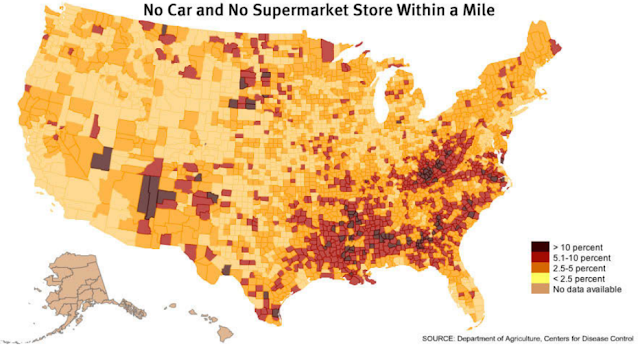 A too-common objection to veganism, vegetarianism and otherwise plant-based eating is that it’s a privilege: “Go vegan? ‘Check your privilege!’”

A narrower version of the objection is that not everyone can be vegan since, even in well-off countries, there are “food deserts,” urban and rural areas where there are too few food options to eat vegan in healthy ways.

A related objection is that vegan diets are just too expensive: not everybody can afford to eat vegan.

While I call these “objections,” it is unclear how they are objections to veganism in general, or to veganism for many or most people. If a person can’t do something, they need not do that thing. Is there anything you must do that you literally can’t do? No: “ought implies can,” philosophers observe.

Arguments for veganism apply only to those who can eat vegan: they don’t apply to those who cannot because, say, there just aren’t vegan food options for them or because they have a (rare) medical issue that just prevents them from being vegan or there’s any other good reason that they cannot.* (Someone not wanting to eat vegan doesn’t mean they can’t).

In general, moral appeals apply only to people who can do what they are asked to do. Should you donate to a food bank? Not if you lack food yourself: you can’t donate. Arguments to, say, donate to charities are directed only towards people who can give. Yet we (fortunately, hopefully) don’t hear this: “Donate to help a women’s shelter? ‘Check your privilege!’”

Concerning "food deserts," we should first notice that these are better described as places of "food apartheid": deserts are natural and, for many plant and animal species, viable ecosystems where they can flourish; "food deserts" however, are the result of either intentional planning or knowing neglect. So rethinking the re-framing of this vocabulary is important.
But it’s worthwhile to notice those who appeal to food deserts to justify their omnivorism rarely seem to find food deserts to be a problem worthy of solution. You never hear critics of veganism arguing, “Look, everyone’s being vegan means there should be healthy foods for all. I agree and so we should work to eliminate food deserts!” The typical response is to “go low” and conclude that veganism is not a proper ideal, instead of “going high” and begin strategizing on what would effectively meet that ideal for everybody.

Food deserts for omnivores are nearly the same as food deserts for vegans: both are missing a variety of fresh vegetables, fruits, legumes, and grains. (Missing B-12 tablets or drops doesn’t make for a food desert). So the food desert-based objection to veganism, coupled with apathy about food deserts, really seems to be just a lack of care about people with inadequate food sources in general: the concern comes up only when arguments for veganism are on the table.

Food deserts then are a problem used by people who don’t live in food deserts to justify their rejection of veganism. Perhaps they don’t see food deserts as a problem to be solved since this rationalization for not eating vegan would dissolve if everyone had enough good food to eat. Check your privilege?

local neighborhood conditions don’t matter much [to what foods people have access to], since [people] regularly venture outside [their] neighborhoods. [T]he average American travels 5.2 miles to shop. Low-income households aren’t that different: They travel 4.8 miles. Given that we’re willing to travel that far, we tend to shop in supermarkets even if there isn’t one down the street. We found that even people who live in ZIP codes without a supermarket still buy 85% of their groceries from supermarkets.
So, if this is correct, for most people who live in food deserts, that doesn’t much impact their food choices. At least, it doesn’t have the impact that many vegan critics and vegans assume it does.

What happens though when people who live in food deserts gain better food access? This was the focus of the research and they found this:

From 2004 to 2016, over 1,000 supermarkets opened in neighborhoods around the country that previously had been food deserts. We [the researchers] analyzed the grocery purchases of a sample of 10,000 households living in those neighborhoods. Did they start to buy healthier food after the supermarket opened nearby? Although many people began shopping at the new local supermarket after it opened, they generally didn’t buy healthier food. . . . Lower demand for healthy food is what causes the lack of supply.
Poor nutrition is a serious problem, and these researchers urge addressing this by taxing sugary drinks, subsidizing vegetables and providing better education on food choices: merely increasing food options doesn’t improve nutrition, since that doesn’t increase demand for those better options.

A potential lesson for vegan advocates is that people who currently live in food deserts are, fundamentally, just like people who don’t live in food deserts: they like what tastes good to them and they are accustomed to. The task of showing how veganism helps address animal abuse, impacts climate change and environmental degradation, will likely improve personal and public health, and help families pay less for food ‒ and how this can all be done with new foods that taste great and new customs and routines that people soon enough find enjoyable and worthwhile ‒ is the same also. Making this case can be nearly everyone’s privilege.

* Note: many arguments for veganism are founded on the facts that, at least in the parts of the world where these arguments are often presented and discussed, most people these have adequate access to vegan foods and so they are able to be healthy vegans. It is though worthwhile to think about what we should think if that were not the case: e.g., what if we had to eat, say, meat to survive or to have an adequate level of health? I discuss and answer this question in my (2018) "Xenotransplantation, Subsistence Hunting and the Pursuit of Health: Lessons for Animal Rights-Based Vegan Advocacy," in Between the Species: Vol. 21: Iss. 1, Article 8. To get at the issues, it's worthwhile to think about the "what if?" of "What if some people, say due to some medical condition, had to eat human babies to survive or to be healthy? Would their need to eat babies to stay alive or be healthy justify harming those babies?" Most people would probably think "no," and the view that these babies have the right to life, also suggests "no," and the reasoning here suggests some relevant implications for animal cases, in circumstances that are likely very different from the circumstances of anyone reading this.

Nathan Nobis, Ph.D. is an Associate Professor of Philosophy at Morehouse College, Atlanta, GA. He is the author of Animals & Ethics 101, co-author of Thinking Critically About Abortion and a co-author of Chimpanzee Rights. www.NathanNobis.com

Email ThisBlogThis!Share to TwitterShare to FacebookShare to Pinterest
Labels: animals