Why Writing Better Will Make You a Better Person

Why Writing Better Will Make You a Better Person

By Bob Fischer and Nathan Nobis, The Chronicle of Higher Education, June 4, 2019 [also in PDF]. Reposted here since it's not as readily available on the Chronicle's page anymore. 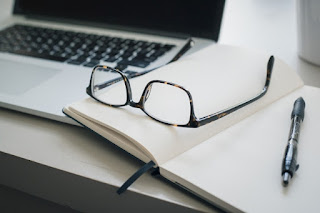 We’re professors who try to write well. We also try to help our students and colleagues write well. But, really, why bother?

There is, however, another argument that’s often neglected: Writing is an ethical activity, and becoming a better writer can make you a better person.

That’s not a stretch for us — two ethics professors — but you may be having doubts at this point. Yet consider: If it’s true, this is quite a useful insight. For ruthlessly practical writing instructors, this could be one more way to motivate students to become better writers. For critics of the quality of academic writing, it would give teeth to their frequent laments. "It isn’t just incomprehensible," they could argue, "it’s unethical!"

Ethics concerns, among other things, how we treat people. Since writing is an action, done for an audience, it matters how writers view and treat their readers. That includes the scholarly writing done by graduate students and faculty members — our focus here.

So what are some of the ethical norms that should motivate good writing?

Which features of writing have good consequences for readers, and which ones don’t? It seems reasonable that academic writers should try to figure that out and practice doing it.

Respect everyone, including your readers, as inherently valuable and rational beings. If you think readers are important, and that their time and reason are valuable, that should make a difference in how you write. If your writing gets the "TL;DR" reaction (too long; didn’t read), you might be failing to respect your readers: You’re wasting their time if you could have said the same thing more concisely.

Writing that is overly complicated, requiring too much thought to process, taxes readers unnecessarily. That’s bad in itself, but it’s also disrespectful, as the ideas weren’t presented in ways with which readers could readily engage — and, potentially, criticize.

Follow the Golden Rule. How do you like to be treated as a reader? Do you like it when a writer uses big words when small ones would do, thereby leaving you out of the discussion? Do you like it when you can’t figure out the source of some piece of information, since the author lazily chose not to reference it? Do you like it when the details of the argument are left for you to imagine, as opposed to having them stated explicitly?

No, of course you don’t. Like every other reader, you appreciate straightforward, well-referenced, well-organized texts. So produce them.

Good character traits produce good writing. Think about the traits you most value and apply them to writing: Empathetic people consider the points of view of other people; empathetic writers explain themselves with others in mind. Compassionate people are sensitive to the burdens that others bear; compassionate writers try to lighten the load on their readers. Honest people don’t just tell the truth; they also try to avoid lying by omission. Honest writers lay out the pros and cons of their views; they don’t hide them in hopes that others won’t notice.

For anything good about good writing, there’s probably an ethical justification for it. And there’s an ethical condemnation of what’s bad about bad writing. It’s not just an element of style, or someone’s personal preference, or an idiosyncratic instructor’s agenda. Ethics is, among other things, about how we treat others. And how we communicate with others is one dimension of how we treat them.

In short, there are moral considerations relevant to how you write what you write, and in general, those considerations should encourage you to do more to be better understood.

In our view, then, good writing is virtuous writing: It shows respect for readers and tries to benefit them. With all of that in mind, here are a few practical tips for writing more ethically, and thus more compellingly: