On Virtues, Vices and "Virtue Ethics"

Almost everyone agrees that it's good to have good character traits or virtues, and it's bad to have bad character traits or vices: we should be virtuous, and we shouldn't be vicious. Now, people disagree in many cases about what traits are virtues and which are vices, but they do agree that it's good to be virtuous and bad to be vicious, whatever they think that really is.

A type of ethical theory known as "virtue ethics" proposes that the virtues are key to how we should act. Instead of proposing that we should act in ways that produce the greatest overall consequences (as consequentialism proposes), or act in ways that involve treating no individuals as "mere means" and treating everyone involved as an "end in themself (as Kant's ethics proposes), or any other ethical theory, advocates of virtue ethics propose this:

Some Virtues of Virtue Ethics

While more must be said to better understand a view like this—the details on what exactly it might be proposing—let's first ask what might be said in favor of such a view, or why one might accept it or think it's a good idea or find it plausible. Here are a few ideas:

There surely are other considerations that might motivate virtue ethics also, but these are some of the more obvious ones.

Virtue ethics, however, has many challenges. Here are some:

These are some considerations for and against virtue ethics, understood as a theory of what makes actions wrong and not wrong. Again, everyone should think that virtues and vices are important. To make them the basis of an ethical theory, however, seems to be a mistake: there are better options, all things considered, both for understanding how we should act, and what kind of people we should be, or what virtues and vices we should strive for. 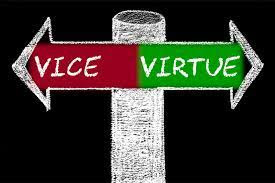