People sometimes find this to be a mysterious, deep, and profound question.

And maybe it is!

But maybe it's not.

One way of understanding the question "What is truth?" is that it's just asking what it is for something—a claim, or statement, or belief—to be true.

When people find that question mysterious, that's usually because they are thinking about hard questions, like whether there's a God, or whether there's something everyone would need to do to make their life meaningful, or whether some controversial moral claims are true.

In short, they think of examples from philosophy classes where it's hard to know what the truth is and so conclude that truth is really hard to understand. 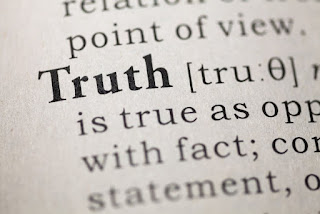 First, we should notice that the kinds of things that can be true (or not true, or false) are beliefs, or claims, or  statements, or sentences: anything that can fit this type of blank: "I think that _________."

And, to understanding truth, these thoughts can be about mundane things, e.g.: I believe that: