Bertrand Russell on The Value of Philosophy 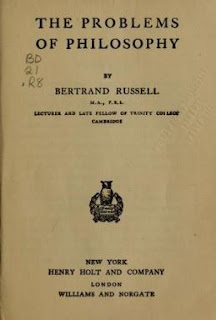 Bertrand Russell's famous 1912 The Problems of Philosophy has a final chapter on "The Value of Philosophy" that concludes with this paragraph:


. . to sum up our discussion of the value of philosophy; Philosophy is to be studied, not for the sake of any definite answers to its questions, since no definite answers can, as a rule, be known to be true, but rather for the sake of the questions themselves; because these questions enlarge our conception of what is possible, enrich our intellectual imagination and diminish the dogmatic assurance which closes the mind against speculation; but above all because, through the greatness of the universe which philosophy contemplates, the mind also is rendered great, and becomes capable of that union with the universe which constitutes its highest good.

Summed up, we get this:


Philosophy is to be studied because [philosophical] questions enlarge our conception of what is possible, enrich our intellectual imagination and diminish the dogmatic assurance which closes the mind against speculation.

So, here's what philosophy does:


So, in short, why study philosophy?

In short, because it can, and should, make people less dogmatic and so discourage people from accepting things on the basis of inadequate reasons, help them become more creative and constructive thinkers (and doers), and it will equip them with better attitudes and skills in engaging views that they don't currently hold, and the people who hold those views.

Is this something we need, especially now?

Update: a friend pointed out that this paragraph is especially important too:

The value of philosophy is, in fact, to be sought largely in its very uncertainty. The man who has no tincture of philosophy goes through life imprisoned in the prejudices derived from common sense, from the habitual beliefs of his age or his nation, and from convictions which have grown up in his mind without the co-operation or consent of his deliberate reason. To such a man the world tends to become definite, finite, obvious; common objects rouse no questions, and unfamiliar possibilities are contemptuously rejected. As soon as we begin to philosophize, on the contrary, we find, as we saw in our opening chapters, that even the most everyday things lead to problems to which only very incomplete answers can be given. Philosophy, though unable to tell us with certainty what is the true answer to the doubts which it raises, is able to suggest many possibilities which enlarge our thoughts and free them from the tyranny of custom. Thus, while diminishing our feeling of certainty as to what things are, it greatly increases our knowledge as to what they may be; it removes the somewhat arrogant dogmatism of those who have never travelled into the region of liberating doubt, and it keeps alive our sense of wonder by showing familiar things in an unfamiliar aspect.