"When does life begin?" and "Are fetuses human?": Two bad questions to ask about abortion

I was inspired to write up some reactions to something I recently read. I posted them here:

"'When does life begin?' and 'Are fetuses human?': Two bad questions to ask about abortion 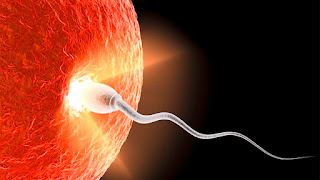 A U Chicago PhD student, Steven Andrew Jacobs, did a dissertation on the topic of abortion that involved asking biology professors about "when life begins."

A report on his research and experiences is here: "I Asked Thousands of Biologists When Life Begins. The Answer Wasn’t Popular."

He shares many angry and hostile responses to his question. He proposed three possible motivations for these reactions:
I think there's a far simpler way to explain these angry reactions:

He was asking a bad question!

Some might even call it a "dumb question," but since some say that there are no dumb questions, if asked sincerely, I won't say that.

The question a bad one for two reasons.

First, are eggs alive? Are sperm alive? Generally "yes" to both. When they come together, and a sperm fertilizes an egg, is there a living thing? Is it alive, is it life?

Yes, yes and yes: the fertilized egg isn't dead and it's not neither dead nor alive. It's life. And you don't need to be a biologist to know that!

Second, is this argument a good argument?


Put this way, premise 1 is obviously false: uncontroversial examples (mold, bacteria, plants, and more) confirm that. These things aren't even "prima facie" wrong to kill, meaning "you need a really good reason to kill these things."

So this is obviously a bad argument, even if premise 2 is true (and it is!).

However, most people don't seem to realize this: they are obsessed with whether fetuses are alive or not; whether they are life, and "when life begins."

They shouldn't be though, given that premise 2 is false, and obviously so. We see this just by defining the word.

Jacobs said he "led discussions between pro-choice and pro-life law students. Little progress was made because both sides were caught up with the factual question of when life begins." If they were caught up with this question, it's because they didn't define their terms and notice that at least if you mean "biological life," the question is very easy.

Given this, it makes sense for biologists to be annoyed at the question they were asked, to say the least. This is because, given the widespread belief that the above argument is a good argument, when it's really a bad argument (and it is easy to see that this is so), their answers would be used for the bad purpose of making a bad argument seem good. People should be annoyed about that, whatever conclusions they hold on this topic.

This is why they were annoyed; if it wasn't, it should have been.

They might have also been annoyed with the common question of whether fetuses are "human." If you mean biologically human, then of course fetuses are human! They aren't cats or dogs or anything else.

But, taken very literally, this also doesn't mean that abortion is wrong, as we explain in our book on abortion: arguments against abortion that begin with the observations that fetuses are biologically human, or biologically human organisms or even "human beings" aren't as simple as people often assume they are.

I do want to observe that there is confusion about these words because they have multiple plausible meanings, and people just don't often notice this or make the effort to clarify what they mean.

"Life" can mean biological life, but it also can mean something else. For example, suppose a 20-something was in a car crash 20 years ago, had been in a coma ever since, but her body finally died yesterday.

Now, describing these as "human" traits isn't the best way to put it (since animals have some of these traits, in some ways, and friendly space aliens would also probably have them, if they exist, and some people believe that spiritual beings have these traits too), but that's roughly what some people mean by "human" here, at least.

In sum, the philosophical activities of clarifying the meanings of words and stating arguments in logically valid form is very helpful for avoiding confusion, gaining understanding and even avoiding angry emails!

P.S. His dissertation is here: https://knowledge.uchicago.edu/record/1883?ln=en

Also, here is an earlier document - "Biologists' Consensus on 'When Life Begins'" - which suggests this:


"these findings [from surveys wtih biologists, based on the view that 'scientists that can use their biological expertise to determine when a human's life begins'] can help Americans move past the factual dispute on when life begins and focus on the operative question of when a fetus deserves legal consideration."

This suggestion, however, appears to be forgotten for the overall project, which doesn't seem to involve clarifying the meaning of these words and seeing what impact that has on debates about the issues: that is, that the "descriptive" fact, as he puts it, of fetuses being biologically alive or human doesn't settle the legal or moral issues.