Abortion and Animal Rights: Does Either Topic Lead to the Other? 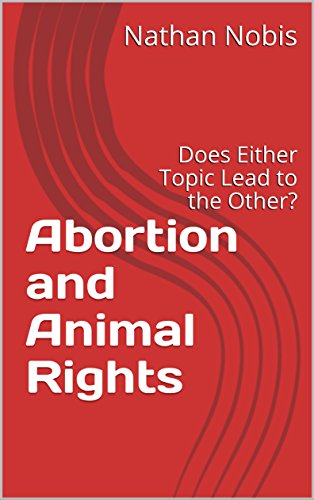 Abortion and Animal Rights: Does Either Topic Lead to the Other? Kindle Edition

by Nathan Nobis (Author)
Should your views on abortion influence your views on animal rights? Should your views on the moral status of animals influence your views on the moral status of human fetuses? Generally, no. Most arguments against abortion have no implications for animal rights and those that might seem to be poor arguments against abortion. And arguments for animal rights only have implications for rare, later abortions of conscious fetuses, not most abortions that affect early, pre-conscious fetuses. On the other sides, though, a common of objection to animal rights does support a pro-life view and an influential feminist pro-choice argument does suggest positive implications for animals, though. Overall, the topic of abortion presents with an inherent complexity never analogously present in animal rights issues – the perspective of the pregnant woman whose life and body the fetus depends on – and so the issues are importantly distinct. Originally published (7/16/16) at What's Wrong? The Blog of the University of Colorado, Boulder, Center for Values and Social Policy: https://whatswrongcvsp.com/2016/07/16/whats-wrong-with-linking-abortion-and-animal-rights/Nathan Nobis, Ph.D. is an Associate Professor of Philosophy at Morehouse College, Atlanta, GA. He has taught courses, given lectures and published articles and chapters on a wide variety of topics concerning ethics and animals, bioethics, ethical theory and other topics in philosophy. His webpage is at NathanNobis.com